lol I thought this was going to be a suggestion to reset the lccg [agin].
But I have thought about that. I might discuss this with leo some time, or he could respond here.
_________________
Because I can 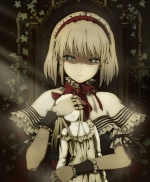 I remember Sea discussing the reset and supposedly he had thought it might become an annual thing but unlikely since it still have cards that are broken as hell, i mean if we take the cards that are not broken and soon it will be only left with cards that are broken afterward, then we will have to stop the annual reset idea. we can keep on this idea but just keep in mind that we will have to stop at some point. Or another option is making possible nerf on those broken cards if possible but it will go slowly back to that time and not as much.
_________________
"In the middle of difficulty lies opportunity."
"Curiosity does, no less than devotion, pilgrims make."
"The life which is unexamined is not worth living."
"We learn to do something by doing it. There is no other way."
"If life’s journey be endless where is its goal? The answer is, it is everywhere."
"The use of traveling is to regulate imagination by reality and, instead of thinking how things may be, to see them as they are."
"Those who plot the destruction of others often perish in the attempt."
"Sarcasm: the last refuge of the modest people when the privacy of the soul is intrusively invaded."
"There is a difference between knowing the path and walking the path."
"While we are postponing, life speeds by."
"Defeatism is the wretchedest of policies."
"Courage is not the towering oak that sees storms come and go–it is the fragile blossom that opens in the snow."
"Although the world is full of suffering it is also full of the overcoming of it."

I agree with resetting the league.

Yeah regular tournaments should be fine.

Resets will only happen when I feel the game has come to a point where we can't fix it without putting weeks of effort in which ruins the fun of the game. 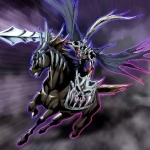 I mean resetting the points and getting people to duel regularly.

Darkest Hour wrote:duels take too long on their own. A normal duel here is like 20-40 minutes.

Yes this is a problem. In our game slower decks have more staying power than in the TCG, and/or TCG games are more auto-pilot.

I think there could be 2 remedies: We make more aggressive cards, or we get more used to the game to the point that less card analyzing is required in-game.

Personally I like the second idea better. Basically, it's "duel more, and duels will be faster because we'll know the effects better"